Restrictions on web browsing are not limited only to countries like China or Vietnam, in Latin America there are numerous prohibitions. Since 2015, Argentina created a communications regulatory body called ENACOM. Its main functions include ensuring the safety and well-being of all cyber users.

It is for this reason that protection measures began to be implemented limiting access to certain pages. During 2018, 96 online betting sites were blocked, leaving a small repertoire of those that can be freely enjoyed. Likewise, the restrictions extend to other niches within the internet.

Although these sites cannot be accessed through the traditional .com, there is an alternative to using a VPN service. Which is based on a virtual private network (Virtual Private Network) that serves to change the geographical location of the connection in origin. Its job is to mask the IP address, which is a kind of serial identifier with which all the devices we use to navigate are identified. In this way, a person could be physically in Buenos Aires, but virtually connect from the United States or any other part of the world that is convenient to access the desired website.

Why use a VPN in Argentina?

Avoid government censorship: a VPN can bypass all the blocks that are presented when entering a page prohibited by ENACOM.

Anonymity in internet data: No one will be able to track or locate your online activity.

Access to a remote network: if you need to be connected to a local IP address that allows you to browse while you are traveling, you can use a VPN.

Enter streaming services: there are usually limitations on the benefits offered by these companies. A VPN fixes them.

Place bets online: the strongest prohibitions in Argentina are in the area of ​​online casinos, which can be accessed from a VPN.

Before the establishment of ENACOM and different regulatory policies, the southern country had issued a court order that prevented the use of Pirate Bay, the platform with the highest traffic of P2P torrent files. For this reason, Argentina became the first Latin American country to block this important oasis from downloading and sharing illegitimate content.

The decision was made by CAPIF (Argentine Chamber of Phonogram Producers), in order to protect the copyrights of the nation’s record companies and musicians. Following this new regulation, 11 ISPs (Internet Service Provider) were forced to block 246 IPS related to the page, along with 12 restricted domains.

Despite the fact that Pirate Bay is censored in many European countries, this was a first for Argentine users since 2014. However, this restriction never meant a major difficulty since the files could be downloaded with a good quality Germany VPN service.

2. Hacks in cafes in Argentina to control cryptocurrencies

One practice that has become common in public places, surprising as it may seem, is data theft. It is easy to transfer information from one device to another in these types of places with access to public networks. One example of this was the case reported by a Starbucks customer in December 2017.

Noah Dinkins took a screenshot of the Wi-Fi available to users showing a code change resulting from the work of a hacker. Dinkins alleged that the code was slow to establish a connection to the network, this allowed the miner to take advantage of the ability of his computer to generate bitcoins.

Due to these circumstances, more and more frequently, the franchise removed the signal for customers. Being protected in public hotspots is only possible with a good VPN service. Its anonymity function blocks the way of third parties who want to violate the network for malicious reasons.

3. Can you use a VPN for Netflix in Argentina?

Netflix is ​​available in Argentina, but the repertoire of movies and series is different from that available in the United States. Although this streaming service offers good programming, the version available for the Argentine territory has less than half of the content available in the US.

However, it is possible to enjoy the US version using the appropriate VPN.

It’s important to consider a good VPN service because Netflix is ​​famous for its efficient spoofed IPS and VPN detection systems. Consequently, you need to get a service that provides high-quality anonymity.

The best VPN in Argentina

The choice of VPN will depend on the objective pursued by the user, as not all of them are effective for certain pages. Therefore, the determining factor will be the set of security features that each site presents.

One of the features to look for in Argentina when hiring a VPN service is the number of servers that make up the network and their connection speed, since these two variables will be decisive when choosing the physical location and performance connection.

In Argentina, as well as in Latin America, the internet is slower, so VPNs with unstable connection tend to be more easily discovered due to this indication.

We have done a meticulous analysis between different types of VPN, where speed, privacy policies, prices and functions have been studied.

How to get an IP address in Argentina?

VPNs can not only assign an IP address to mask the location, there are users outside the country who require an IP to access content from Argentina. Even, the prohibitions are sometimes limited to some provinces, in this sense, you may need a protocol that assigns you an address belonging to the Argentine territory.

Even so, the steps of installation, operation and use remain the same, regardless of the geographic location you request. When the customer purchases a VPN, he must download a file that is automatically incorporated into the device. The account is then activated by entering the personal credentials obtained at the time of subscription purchase.

Once this is done, the server assigns the temporary IP which is an identity number in charge of concealing the original. From the first moment of browsing, data is transferred through a process called tunneling or tunneling. Such technology works on the basis of an encryption cipher that protects the information exchanged. This has been shown to be the most effective method. It is for this reason that most companies use it to offer a reliable and anonymous service as long as the connection is maintained.

Today being able to access all the content of the web and navigate freely through it without being tracked is a possibility no matter where we are, we simply must use the correct tool.

A VPN service offers all its users the unblocking of content and access to platforms that are otherwise restricted, as is the case in Argentina for much content available on Netflix United States and online gambling platforms.

Having a high-quality VPN like Fastest VPN allows you to access an incomparable online browsing experience and quality.

Tags: in Latin America there are numerous prohibitions. Restrictions on web browsing are not limited only to countries like China or Vietnam

Medication Identifier for the Advancement of Healthcare

What Makes Bajaj Finserv EMI Card so User-friendly and Unique? 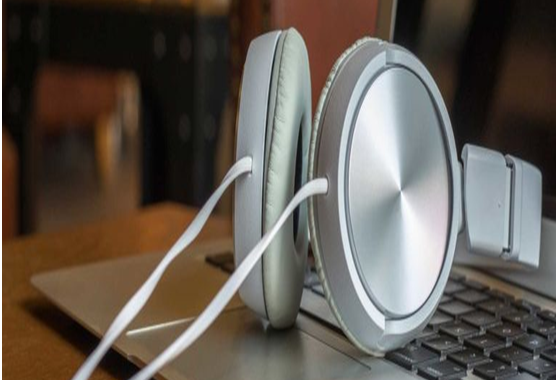 How To Fix – Music Files Missing From SD Card

Points To Consider Before Stopping by Furniture Stores Richmond BC

Acne scars and the viable treatments