Skip to content
Home » Differences In Home And Living Standards Between Coimbatore And Bangalore:

Bangalore, the capital city of Karnataka, is also known as the Silicon Valley of India. It is a major IT hub and features a wide road and a lot of greenery. People from all over the country wish to settle in Bangalore owing to its pleasant climate and friendly living atmosphere. A number of MNCs and IT companies have erupted in the city soaring the real estate market in the city in a big way. Bangalore also enjoys excellent infrastructure and tremendous growth prospects. The real estate prices in the city have been continuously increasing over the past decade.

The setting up of IT companies in Bengaluru has witnessed a tremendous inflow of people moving to the city and also results in great demand for property. Enhanced expressways and rapid commercial developments in the city are a few factors that create a positive impact on the rental market of the city. Rental housing plays a tremendous role in catering to the housing needs of the people and the setting up of Electronic city has escalated the real estate prices to excellent heights in the southern parts of Bangalore.

Home and living in Bangalore:

The exponentiation of MNCs and IT companies in Bangalore has witnessed a major upsurge of settlements in the city. People move from different parts of the country to settle in Bangalore in search of a job and thus there is a tremendous demand for real estate in this central business district of the country.

Bangalore grew to be a major real estate destination with the emergence of its international Airport and an elevated expressway. It also witnesses rapid commercial development and enjoys proximity to a number of IT hubs in the city. Also, the development of the metro network, various road projects, and the airport has seen a tremendous rise in real estate projects and costs in the city. Renting a house in Bangalore is a major task, though the rents are manageable, the advance is a lot higher compared with other major Indian cities.

A lot of people wish to settle in Bangalore from all over the country and the city is known for its street food, diverse cuisine, nightlife and of course the film industry. Almost all the sports are famous here and is one of the best cities in India that renders expert rock concerts. It is also known as the pub capital of India and houses a lot of bars and clubs. Immigrants in the city wish to take 2 bhk flat for rent in Bangalore as it renders the perfect mix of affordable housing with world-class amenities.

One can find the best and the most affordable apartments for rent in Bangalore at housing.com. The website lists the best properties in different areas of the city, budget-wise, space-wise and property type wise. One can browse for 1RK to 4+BHK houses and flats for rent in the city through the website.

Home and living in Coimbatore:

Coimbatore is one of the major cities in Tamilnadu and is the best place of preference for the dwellers of not only Tamilnadu but, all over the country. Coimbatore is the second-largest city in the state, in terms of economy, population and also size. It is a leading industrial and commercial city in the state with a high flow of commerce. The city enjoys the best climate and a huge cover of green spread across the district. It also lies in close proximity to some of the major cities in south India, such as Chennai, Cochin, and Bangalore. One can find a house for sale in Coimbatore pretty simply, through real estate portals and many people also wish to settle in this city for the peaceful atmosphere it renders and to enjoy its diverse culture and pleasant climate.

With the emergence of a wide list of ashrams and peace centers in the city such as the Isha foundation, many people from the Northern and western parts of the country come here and wish to settle here. Of all the best and attractive places to buy a home and live in Coimbatore the following are the best. These localities are close to hotels and restaurants, colleges, temples, schools and hospitals as well.

Comparison of housing between Bangalore and Coimbatore:

There is a vast difference between the housing and real estate sector of Bangalore and Coimbatore. Bangalore is a leading and major industry sector and is a busy city buzzing with commuters, offices, nightlife, and pubs. Coimbatore, on the other hand, is a pleasant and peaceful city where nature dwells in her true beauty. It is a land of beautiful landscape and is a perfect place to lead a peaceful post-retirement life.

There is a significant difference in the cost of living in these two cities as well. Bangalore isa costly city compared with Coimbatore. Starting from rent to school fees, groceries, and textiles, one has to spend a lot to live in Bangalore. A 2BHK flat for rent in Bangalore is at least 30% costlier than in Coimbatore. However, one has to choose their place of dwelling based on their requirements and demands of their life.

Housing.com offers the best property results for both buying and renting in both Coimbatore and Bangalore. It is easy to find a house for sale in Coimbatore and in Bangalore at housing.com. It is possible to browse for properties that fits one’s budget without the involvement of middle men and brokers. 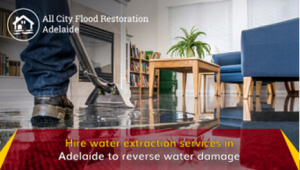