Two-wheelers in India are generally seen as a means of transport for daily commute. The reason behind this is simple – the mileage they offer makes bikes affordable compared to cards. Bajaj is one of the few two-wheeler manufacturers who have always paid attention to this critical fact.

As a result, Bajaj has released a good lineup of fuel-efficient low maintenance bikes. You’ll realise that this list includes a diverse set of regular and powerful Bajaj bikes alike, as there are some 150 cc and 180 cc two-wheelers that feature as well. Let us find out which are the best low maintenance bikes in the Indian market.

When we talk about the best low-maintenance bikes in India, we can certainly not leave out the phenomenal Bajaj CT 110. With decades of trust and dependability, the CT 110 is still one of the most preferred city bikes in the country, and it comes packed with a 115.45 cc engine, which generates 8.48 bhp. The bike offers a mileage of 70 kmpl which is the USP of the legendary motorcycle by Bajaj.

The legendary Bajaj Platina has been here for almost the last two decades, and it is still one of the most preferred bikes when we talk about stylish two-wheelers in the economy segment. The bike is powered by a 102 cc BS-VI engine, which produces sufficient 7.9 bhp power. With an ex-showroom price of INR 52,876, it is one of the most affordable bikes in the segment.

Trust and dependability of Bajaj Platina combined with new modifications such as an additional 5th gear and a more powerful 115.45 cc engine that generates 8.44 bhp power. The Platina H Gear was launched to suit the requirements of modern riders who are looking for the Platina DNA in modern bikes. The bike carries an ex-showroom price of INR 67,258.

After the overwhelming success of its 150 and 180 cc variants, Bajaj planned a younger sibling for the much-loved Pulsars. The Bajaj Pulsar 125 is ideal for riders looking for style and statement and economy, and durability.

Its 124.4 cc engine generates 11.64 bhp power, and it comes with modern features like a digital instrument console and LED tail lamps. At an ex-showroom price of INR 73,145, it is ideal for college students and daily office commuters.

One motorcycle which comfortably checks all the boxes, including power, style, low-maintenance, service availability, trust, design, among others, is the legendary Bajaj Pulsar 150. Its unmistakable design and aggressive appeal set it apart from its contemporaries.

The best thing about this bike is that it offers a mileage of 65 kmpl, which is undoubtedly one of the best for a 150 cc motorcycle. It comes packed with a 149.5 cc engine that is known to produce 13.79 bhp power. Bajaj Pulsar carries an ex-showroom price of INR 94,650.

When we talk about Bajaj bikes, we think about power, performance, and durability. Still, there’s a hidden factor that generally gets overshadowed by the others, i.e., their low maintenance nature and vast service network.

For example, the Bajaj Pulsar NS 125 is normally seen as a semi-sport bike with a powerful 125 cc engine, but it is undoubtedly one of the most stylish 125 cc bikes in India currently. It comes with an ex-showroom price of INR 94,257.

Low maintenance bikes in India are not limited to Bajaj CT 110 and Platina, and Bajaj bikes prove that powerful bikes cannot serve the purpose. You’ll only have to look at the numbers and statistics of the entry-level Pulsars to understand this basic fact. These bikes are nothing less than stellar in terms of mileage and durability, while they comfortably beat the chasing pack in terms of power and performance. 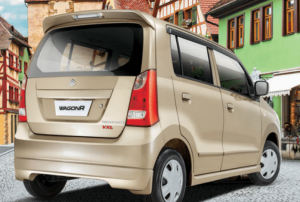 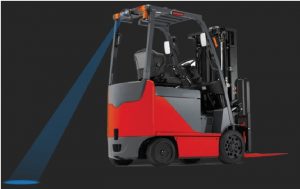 All You Should Know About The Types Of Forklift Lights 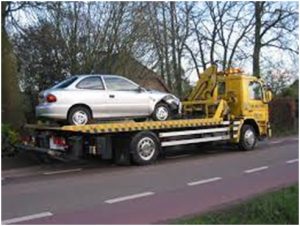 Traveling By Auto In The UK And In Need Of Breakdown Services?