Skip to content
Home » An Overview on Smart Contracts: Challenges, Advances and Platforms

The smart contracts in the blockchain have brought a lot of benefits to many industries in order to improve their processes. A smart contract is software that enables the terms of an agreement to be enforced automatically on all of the involved parties without the intervention of a human intermediary.

In a nutshell, the smart contract effectively replaces the role of the human middleman. It runs automatically. It will execute the particular actions when certain conditions are met. Since it is an automatic process, the transactions will be over in no time.

Smart contracts can also help to cut down on the costs of administration and other expenses. The speed of the transaction is much faster than before, resulting in faster business processes.

Since the smart contract development  is driving a new wave of innovation in business processes, not all solutions come without a flaw. There are some takeaways that every project owner needs to handle in order to maximize the use of smart contracts.

Here is how the smart contract is applied.

Blockchain for Private Use

A private blockchain, as the name suggests, provides a decentralized system where only a single group or organization has access to the network. It is usually comprehensive for the particular company or community’s uses.

It is exclusive only to the members who have access to the particular network. Those who have different levels of access can use the facilities in the network according to their level.

Anyone who is managing the private blockchain has the capability to change, edit, or modify the transactions according to their needs.

The private blockchain project owner can divide the levels based on the users’ allowances. For instance, if you are the owner of the private blockchain, you can determine which users can write, read, and modify the blockchain. The users get the specific rules that might not be available on other networks.

The private blockchain has tons of benefits, especially for private projects exclusive to specific groups of people. However, there are some flaws to consider. The PB is usually prone to hacks and data breaches. As users can edit and modify the data, it is also prone to manipulation.

There are benefits to consider, though, such as full privacy, stability, low fees, high efficiency, and many others.

The consultation of blockchain and smart contracts is very important to support your current business objectives and processes. It is also a great option for those who are new to this.

Just like other services, smart contract consulting services are not equal from one company to the next. It is important to focus on the company that is able to prioritize quality and performance to build valuable blockchain platforms and solutions to maximize your time and budget arrangement.

Consulting is a staple service that software companies need to have so that they are able to tailor the solutions that are suitable for your preferences and requirements.

Smart contracts are still in their early phase. Many users are not familiar with the way it works. That’s why it is important to get the solution consultancy from companies that have extensive experience in the field.

To unlock the full potential of the technology, it is important to be very selective in choosing the working partners.

With the existence of the smart contract, one won’t need to be reliant on intermediaries such as brokerages, agents, bankers, or others to conduct the transaction.

The smart contract will replace that function. It enables the automation to execute the actions when the terms are met. There will be no human intermediaries who can intervene in particular transactions. Everything is done by the software called “smart contracts.”

The smart contract will generate a record of the transactions. And once the data is there, there is no way to edit or modify it. The process is also irreversible. This fantastic feature is highly resistant to unauthorized manipulation and edits.

The application possibilities are unlimited. The developers have proven the game-changing experience brought by the smart contract. For instance, in the election, no one can tamper with the result because the results are decrypted on the network. Insurance claims can also be helped by smart contracts. There are also a lot of other applications which we are not able to mention in this post.

Smart contracts provide security and interoperability in many systems. It saves people a lot of hassles when conducting particular transactions.

Backed by blockchain technology, it has managed to disrupt many industries. Obviously, there are many people who have embraced the solution to it. The smart contract has helped a lot of transactions across the globe. It is only a matter of time before all of the industries embrace it.

Decentralized applications are changing the way retailers and providers handle transactions. The D’Apps have helped many users transfer their digital assets with great security and flexibility. Since these are decentralized, the digital asset owners have the sole means to distribute their assets without any hassle. It is much more secure than some centralized platforms. There is no way to tamper with the data once the transaction is over.

Many software companies around the world are focusing their resources on becoming more familiar with decentralized applications.You will expect high-end Dapps that can provide great solutions for both local and international clients. With the improvement of IT, it gives equal opportunities to all folks to advance their products and services.

The Dapps offer the same safety and reliability as the traditional apps. It is because these apps are far from centralization. Dapps are resistant to cencorship so that everyone can use them without any problem.

After exploring the aspects above, you might want to embrace smart contracts to improve your business processes. Reach out to your trustworthy software developers now to see your opportunities. 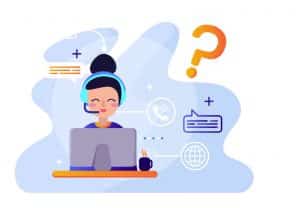 How to Buy a Really Easy Phone Number?