Boston is the capital of Massachusetts, and also its biggest city. It’s famous for playing a key role in the American Revolution as well as the home of the most famous universities in the country like the Harvard Medical and Business Schools, Boston University, MIT, Berklee College of Music, and a lot more.

To help you narrow down your list of things to do, and see the city at its finest, here are the top-rated tourist attractions, and best things to do in Boston that you shouldn’t miss.

The Freedom Trail contains 16 sites that are crucial to American civil liberties and freedom. Along the trail, you’d come across the famous Revolutional and Colonial war sites and other interesting attractions that are related to the country’s fight for freedom and liberty.

You’d also get to pass through Charlestown, Beacon Hill and North End, some of the most historic neighborhoods. While you’re there, make sure that you enjoy a meal in one of its excellent restaurants in the area,

If you’re a shopping junkie, you can also head over to the nearby Faneuil Marketplace.

Found in the heart of Boston, Faneuil Hall Marketplace is also located in the Freedom Trail, the original structure is dated back in 1742.

A great way to experience Boston’s passion for sports is to attend a Red Sox game. Expect to be surrounded by cheering fans and a sea of Red Sox apparel. You can also join the crowd singing Sweet Caroline when the game ends!

In case you couldn’t catch a Red Sox game while you’re in town, you could still visit the venue. Get tickets to witness a winter event or a summer concert.

If you dig museums, then you’re in for some treat. Boston Tea Party Ships & Museum is a floating museum wherein you can view not only historical artifacts but enjoy a multisensory experience as well.

Witness restored tea ships, highly interactive exhibits, interesting documentaries and compelling actors that give you an idea of how it all happened, complete with all the flair and the drama.

There’s also an opportunity of throwing tea parties overboard! It’s one of the most interesting and unique experiences in Boston. It also has a quaint cafe and gift shop that’s fully stocked for guests.

If you’re craving for a breathtaking view of the city, head over to the Skywalk Observatory, one of the city’s highest vantage points that offer sweeping 360-degree views.

The observatory is found on the Prudential Tower, aka ” The Pru.” While you’re at it, you can also learn interesting facts about Boston’s history by the Acoustiguide tours. You’d simply fall in love with the view!

You can visit the observatory during the day or in the evenings, where you could be able to fully appreciate the glittering skyline of the city.

To get a taste of the Revolution’s sweeter side, head over to Captain Jackon’s. This historic chocolate shop is where you could learn about the history of the chocolate- how it was made and eaten even during colonial times. The shop is named after the owner.

Within its premises you could be able to delve a litter bit deeper on the chocolate-making process explained by one of the staff, dressed in period clothing.

You could also get to sample either a historically accurate colonial-style drink, or a piece of the delectable confection itself.

Here, you can stroll along the harbor walk for spectacular views of the city’s skyline. The best thing about it is that you can enjoy all of it- for free!

Currently, the harbor walk runs for approximately 38 miles, and once it’s complete, it would be approximately 41 miles, stretching from East Boston to the Neponset River.

One of the most exciting places downtown is the Theatre District, where avant-garde productions, Boston ballet, comedy shows, kids shows, and a lot more are held.

This place is known to be one of the most beautiful all-season spots in the city. Here, you’d come across the Make Way for Ducklings statues which celebrates Mr. and Mrs. Mallard and their eight offsprings in the famous children’s book of Robert McCloskey.

During mid-spring to mid-fall, you’d enjoy a peaceful 15-minute boat ride around the lagoon. You’d also come across live ducks and perhaps a pair of real swans.

The Public Garden is located just across the Boston Common, and these two parks serve as the green heart of the city. Bring a book, or a picnic lunch with you as enjoy a peaceful moment with this city oasis.

This extends for approximately 3 miles, and this leafy path offers a stunning view of Cambridge from the Boston Part of the Charles’ River.

Jog, walk or bike along the trails, rent paddleboards or kayaks to enjoy the river up close.

Nestled in the city’s Back Bay neighborhood, Copley Square is a vibrant yet charming city center where you could enjoy the beautiful architecture, go for some sightseeing and shopping.

Must-see landmarks are the historic Boston Public Library, and the Trinity Church, a stunning Episcopal church that was built between 1872-1877.

In Newbury Street, also check out the city’s high-end shopping and dining. While you’re at it, snap a photo of the Tortoise and Hare statue, based on the famous fable, and is dedicated to the Boston Marathon.

Boston is one of the oldest cities in America, filled with a lot of historic sights and stunning museums. It’s filled with fascinating attractions, as well as exciting experiences on almost every corner. 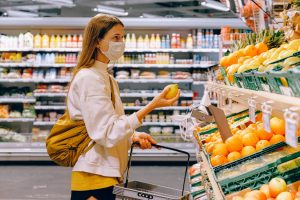 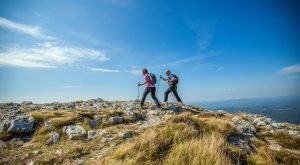 The Ultimate Guide To The Best Hiking In Australia 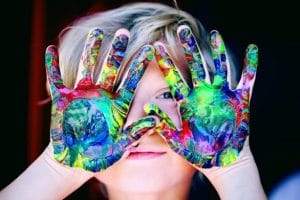