Most of us are confused about which type of phone to purchase. For some Android might be an obvious choice whereas in case of other iPhone is a better choice. One of the factors holding significant influence is the nearest iPhone repair store. The reason why people tend to opt for Apple is not the design, but how the software along with hardware complements each other. Let us now get to the reasons how the iPhone beats Android in the race.

iPhones tend to be faster

If you are planning to purchase an iPhone then the A12 Bionic chip as part of it beats everything in an Android market. Though the gap has become a lot narrower due to the emergence of Snapdragon 855 processor as compared to the past. It has also been found out that iPhones could go on to transcode video during an editing test.

Superior software along with hardware integration

In the gone by years, it has come to the fore that there are certain things that can only be pulled off by Apple. Or it could be that they might have done it before anyone else. The latest example that comes to the mind is Face ID where you can log into the iPhone with a 3D scan of your face. Though a lot of companies have made an attempt to copy this none of them has been successful. Memoji and Animoji are prime examples of Apple software and hardware integrated in a seamless manner.

An easy phone to use

In spite of all the declarations by Android users, iPhone is easy to use. This fact is certified by iPhone repairs centres all over the country. Some might have second thoughts about the lack of look or change over the years as it is pretty much the same as it was in 2007. Just you need to pick it up, turn it on and then touch the app for it to open. Yes, Apple has come up with additions over a period of time like control centre or Siri. Even it has incorporated the quality to edit live photos, even you can send out payments to your friends via a messaging app. You can pretty much expect the improvements to continue with IOS 13.

Once you want OS updates are available

The issue is except for a few Android phones the users drag their feet as far as updating of phones is concerned. Though the situation is becoming better but not all that great. On the other hand, if you own an iPhone you can update the latest version of IOS when it is released. It is going to depend on how Apple servers stand up to the load.

With Macs works in a beautiful way

If you have not gone on to try Mac you will be really surprised at how iPhone works with them. In this regard, the continuity feature of Macbook deserves a special mention. Just you have to keep your iPhone near you. 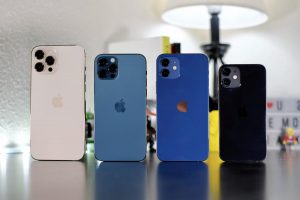 How Do I Restore My iPhone From Backup 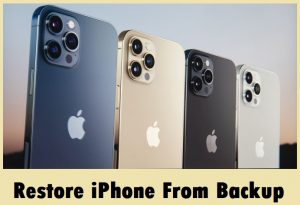 Restore iPhone From Backup: A Comprehensive Guide From The Trustworthy iPhone Repair Services